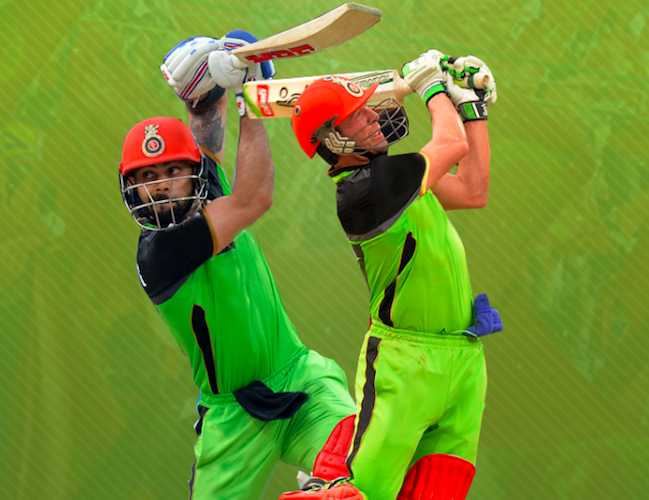 Royal Challenger Bangalore (RCB), one of the most popular teams of IPL, is at the forefront of addressing one of the serious global challenges.

On April 7 2019, the cricket match between Royal Challengers Bangalore  (RCB) and Delhi Capitals (DC) had an interesting tale to share.

It’s not about 6th straight loss for the Bangalore team or any heroics from any of the players. Though Royal Challengers team is getting beaten on the field, but they are scoring well off it. Like every year, this match was the ‘Green Match’, where the team wears the green colored jersey instead of the routine red and black. The t-shirt which the team wore was made with recycled plastic.

The story is beyond symbolism; RCB, a popular team of Indian Premier League (IPL), one of the biggest sporting tournaments in the world, has been supporting the green cause from 2010 onwards. This year the focus is on waste segregation, recycling and keeping the stadium litter free. Through social media accounts and other marketing activities, RCB has been promoting these causes. The fans are also encouraged to upload photos and videos of cleaning surroundings on their recently launched mobile app in return for some rewards.

Imagine a stadium left with no trace of litter. Fans clean up after themselves and dispose trash in the right dustbin before leaving. Together we can make this a reality. Let’s make a #CleanSweep for a clean, green, sustainable environment. #BattingForThePlanet #PlayBold pic.twitter.com/ucUfZL86wp

RCB has been pioneers in the social initiatives among all IPL teams. They started from the 3rd edition of the IPL in 2010 and continue to bring awareness on issues which impacts the environment. Some of the causes they have advocated are to –

These initiatives have a special importance and wide acceptability because they come from people who have huge following among large section of people. 10 years old kid or 70 years adult, the admiration for the famous personalities cuts across age and gender. 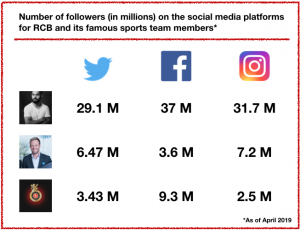 Couple of top cricketers from the RCB team – Virat Kohli (player since inception – 2008) and AB de Villiers (playing since 2010), beside their cricketing prowess, are global celebrities and household names. When they get associated and share their thoughts, there are millions who have their eyes and ears to it. The picture show the number of their followers. 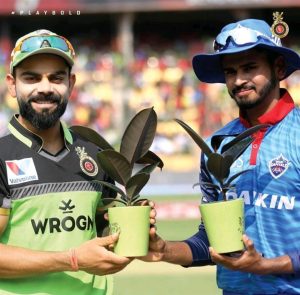 Keeping up with tradition of the Green Match, this year as well the captain of RCB, Virat Kohli exchanged sapling with captain of DC, Shreyas Iyer.

Fans also did not disappoint, they posted pictures of making their own little contribution. 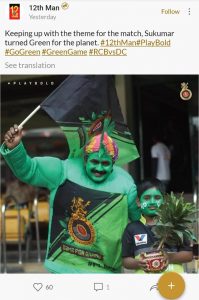 Being at the forefront of these causes has given RCB many of the firsts. In 2012, RCB became the first cricket team in the world to become Carbon Neutral without purchasing carbon credits. In 2013, it became World’s first carbon positive cricket team. The home team stadium – Chinnaswamy stadium became the first stadium in the country to be completely powered by solar energy.

Though RCB has not won the trophy in last 12 years, but it has definitely won lot of hearts through these initiatives. Whether they are able to solve the challenge of winning the trophy someday or not, but they are well on track to tackle one of the serious global challenges. 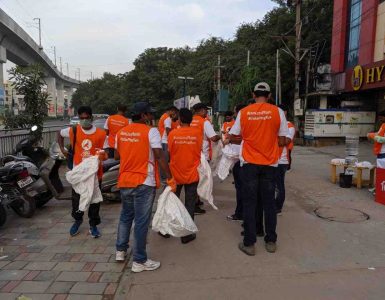 What is ‘plogging’?— It is a combination of jogging and picking trash. Plog comes from the Swedish word plocka upp, meaning ‘pick up.’  What started as a fun activity in Sweden in 2016, has... 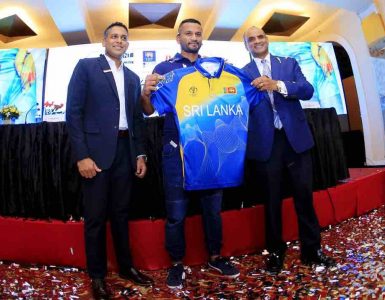 With less than month to go for the ICC Cricket World Cup 2019 to start, host country England will take on South Arica on May 30th. Preparations are going on full swing for all the 10 participating teams. Modern games... 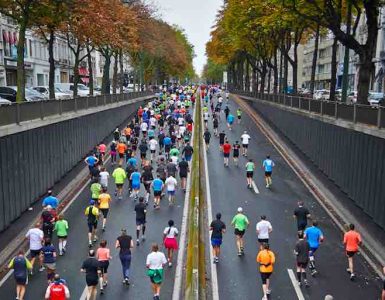 What do marathons signify – fitness, endurance, fun or litter. If you have been a part of any marathon, you would understand what is being referred here. The water stations, which are kept along the race route to...