If you have been following the science news and chatter in social media about the impending ice age, increase in Sun’s activity, solar minimum/maximum, NASA, Climate Change….and is left wondering what’s is the fuss.

In the article, I have tried to explain the intricacies of our “Dear old Sun” — step by step.

In our solar system, there are many stars, the closest and brightest is the Sun. Sun is the star at the center of the Solar System and its gravity holds the solar system together. The formation and structure of different planets, celestial objects, satellites, and other particles are mainly controlled by Sun’s gravity.

It is by far the most important source of energy for life on Earth. The connection and interactions between the Sun and Earth drive the seasons, ocean currents, weather & climate changes, radiation belts, and aurorae. (a quick lookup on “aurorae” — it is light in the sky caused due to interaction between sun and atmosphere)

If the heat emanating from the Sun disappears, then in all likelihood life from planet Earth also would cease to exist.

Having said this, there are various aspects of the Sun which are mysterious and mankind is still not able to figure out the reasons for its various functions.

That’s why so many space agencies have sent probing missions to the sun to unravel the puzzle. To name a few, below is a list of the recent satellite missions sent from various space agencies across the planet.

Some Science – One of the mystery is Solar minimum and solar maximum.

As a star, the Sun is electrically-charged hot gas (92.1 percent hydrogen and 7.8 percent helium) held together by its own gravity. Electric currents in the Sun generate a magnetic field that is carried out through the solar system by the solar wind—a stream of electrically charged gas blowing outward from the Sun in all directions.

The Sun’s magnetic field goes through a cycle, called the solar cycle.

The phenomenon occurs approximately every 11 years or so, after which the Sun’s magnetic field completely flips. This means that the Sun’s north and south poles switch places. This is the mystery – it’s not known what drives these cycles.

The cycle is marked by an increase and decrease of sunspots, coronal mass ejections, and solar flares – visible as dark blemishes on the sun’s surface or photosphere.

Here is a video published by NASA in June 2017, explaining about what is Solar Minimum and Solar Maximum.

The solar cycle was discovered in 1843 by a German scientist Samuel Heinrich Schwabe, who after 17 years of observations noticed a periodic variation in the average number of sunspots.

Where are we currently

So you’ve already lived through several solar minimums and maximums in our lives. The current solar cycle, Cycle 24, is declining and was earlier predicted to reach a solar minimum in late 2019, but now it is more toward mid to late 2020.

Solar Cycle 25 is anticipated to peak with solar maximum occurring between 2023 and 2026.

The below image comes from the U.S. NOAA (National Oceanic and Atmospheric Administration). In the graph, we can see the Solar cycle 24 sunspot number progression which started in December 2008 and is slowly reducing towards 2019-2020.

Does it impact you and me?

The impact of solar cycles is still not very clear, scientists and various research papers had divergent views on the impact. Whether it creates earthquakes, volcanos, or weather upheavals is not really clear – chances of nothing happening is more likely.

The solar activity mostly impacts the satellite electronics, the space debris and the astronauts, who do work on the outside of the Space Station.

At solar minimum (fewer sunspots), solar UV radiation decreases, but the effect of this primarily hits the stratosphere and Earth’s upper atmosphere. As per NASA’s astronomer Dean Pesnell “This can pose an increased threat to astronauts traveling through space.”

At solar maximum (more sunspots and more solar activity), there are eruptions that send powerful bursts of energy and material into space. There is an increase in UV radiation that might contribute to rainfall, but the effect on temperature is negligible. We may see more aurora activity during solar maximum since auroras are generated by solar activity. Increased solar activity can also affect radio communications, electricity grids, and navigation satellites.

Now if you have followed thus far, and have understood that during Solar maximum, we would observe more sunspots and increase activities.

First, let’s mention corona (meaning crown, not to be confused with Mister Virus) – this is an aura of plasma that surrounds the Sun and other stars. The Sun’s corona extends millions of kilometers into outer space and is most easily seen during a total solar eclipse,

Coronal holes are areas where the Sun’s corona is colder because there are lower energy and gas levels. These holes are constantly changing and reshaping because the corona is not uniform.

In a solar minimum, we can see coronal holes increase in size and number, extending farther from the poles as the Sun. Coronal holes generally allow the discharge of stream of solar particles as the fast solar winds.

The released solar winds enter the solar system which has the potential to cause geomagnetic storms. Based on Earth’s position at that time, they have a likelihood to create disturbances in Earth’s magnetosphere – with disruptions to communication and navigation systems because the satellites in the low earth orbit will change.

The whole thing might last for a few days to a few weeks.

It is rare that such an event may happen, last time a solar storm came was in 1859, it caused strong auroral displays and created havoc with telegraph systems. The event is known as the Carrington Event (named after British astronomer Richard C. Carrington)

As we already discussed the natural changes in Sun’s energy output – over a regular 11-year period of Maximum – many sunspots – and Minimum – fewer sunspots.

In the next few years or decades, some solar scientists feel that we could go into Grand Solar minimum. The last time this occurred was between 1650 and 1715, the period what is known as ‘Little Ice Age in Earth’s Northern Hemisphere’

As per scientists, if this time Grand solar minimum happens, it won’t spark another ice age, and that’s likely due to climate change. “The warming caused by the greenhouse gas emissions from the human burning of fossil fuels is six times greater than the possible decades-long cooling from a prolonged Grand Solar Minimum,”

While there are chances of these phenomenons and events happening in the next few years or so. They might impact us to some degree but we should not unnecessarily fret about it. “This too shall pass”

If you have not heard Miranda Lambert “Dear Old Sun”, here it goes.

Dear old sun. Let’s call it a day. And I watch you set. I’ll let you rest. But wait for you. At mornings due. Till I see your light. 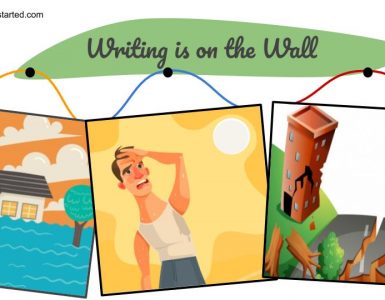 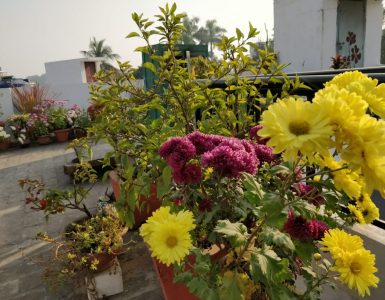