Electric vehicles in India are not just confined to a few big automobile giants or highly funded startups. If there are big names like Bajaj, Yamaha, Ola, and Ather, then there is Pi Beam, Raptee Energy, PURE, and HyperX Energy as well.

In the electric mobility space, the electric two-wheelers have specifically seen more action from Indian universities. In the last few years, there is a slew of educational institutions joining the sustainable mobility bandwagon.

IIT Madras became the latest addition to the list of Indian universities taking the plunge in the electric two-wheelers space.

Here is a list of university incubated startups that are driving on the lane of electric vehicles.

In February 2021, Pi Beam, a startup incubated at IIT Madras launched an electric two-wheeler called ‘PiMo’. The sustainable bike offers a swappable battery that can charge faster than a smartphone i.e. about 2 hours for 50 km range.

Most of the bike components, including the batteries and controllers, are manufactured in India. The company has positioned the bike between an electric bicycle and an entry-level electric scooter at an introductory price of Rs. 30,000 (USD400).

Founded in 2013, Pi Beam has a strong focus on micro-mobility electric vehicles and technologies.

While PiMo is an electric two-wheeler targetted for all age groups and for any purposes, the company has other products in the works — e-trike (geared 3-wheeler for transportation), e-kart (for logistics), and e-auto (for both passenger transportation & logistics).

We spoke to the founder of Raptee Energy, Dinesh Arjun about the launch, “Optimistically we are looking at November 2021, for the launch of our first product. We are wrapping up our first round of funding and hopefully, we should put things together by end of this year.”

IIT Hyderabad-incubated startup PURE has about a few electric scooters and a hybrid e bicycle already running on Indian roads. Apart from that, energy storage technology has been their major expertise.

‘PURE EV’ is the brand for manufacturing electric two-wheelers while the energy storage Lithium batteries are available under the brand ‘PURE Lithium’.

Founded in 2015, the company is set to launch its first electric motorcycle – ETRYST 350 on India’s Independence Day (Aug 15, 2021). The bike will be equipped with a 3.5 kWh battery that in a single full charge will provide a range of 120 km. ETRYST 350 is currently undergoing testing in its Hyderabad manufacturing facility and will be first launched in Hyderabad, Bengaluru, and Pune.

The company which started in 2018 not only wants to launch its own advanced electric two-wheelers but would also want to provide the components to the electric vehicle industry. 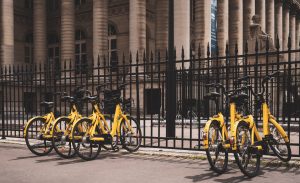 Developing electric vehicles is not only capital intensive, it requires the many components of engineering, including hardware, software, continuous testing, and iterations.

The university incubated startups not only provide the infra facilities & funding but also provide technical mentorship and a chance for collaboration with other players in the industry.

In addition, considering the industry is still evolving, it gives chance for academia, entrepreneurs, and policymakers to develop conducive strategies for the future. Founder of Raptee Energy on their association with Anna University mentioned “partnership made a lot of sense, the incubation team was on the same wavelength and it is a great journey. They have offered a lot of support and help. They have been constantly calling us to check if we need any assistance.”

The future of mobility is going to be smart and electric, hence it is good to see startups associating themselves with prestigious colleges. If India wants its roads swarming with electric vehicles, this is what the educational institutions should do. 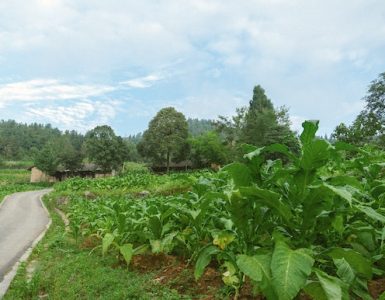 The world’s leading tobacco company is ‘AA’ rated by MSCI-ESG – the highest rating amongst global tobacco companies. Morgan Stanley Capital International (MSCI) ratings are a measure of a...