If you do a search on Facebook for Amit Gupta, you will find at least a thousand of them. The name might be extremely common in India, but here I am speaking about a person whose credibility is extremely uncommon. He is the co-founder of InMobi, which became India’s first startup unicorn. For the people who don’t know InMobi, it is one of the fastest-growing global mobile advertising network, that enables advertisers to discover their target audience on mobile internet sites.

After spending 13 years in that company, IIT Kanpur BTech graduate Amit Gupta moved out of InMobi and started a new company – Yulu in 2017. “Yulu” – What a bizarre name some might say, maybe this time Amit wanted to have a name which is unique.

Amit Gupta’s Yulu bikes are revolutionizing the way people commute, which is not only pocket friendly but the environment and ecologically friendly. Yulu is a battery-operated two-wheeler which makes it completely nondependent on fossil fuel but extremely efficient commute for last-mile connectivity.

Growing population, rapid urbanization, shoddy road infrastructure has made traffic snarls, air pollution, and public inconvenience common in most cities in India. Traveling in metros or cabs is also not a very convenient option for most of the city dwellers. That’s where Yulu fills the gap, with no requirement for helmet or driving license, bikes from Yulu make short distance travel immensely comfortable for the users and also help in reducing the carbon footprint.

Leveraging mobile app, IoT, artificial intelligence as the technology levers, the vehicles can be rented seamlessly on a pay-per-use basis. Users can book a ride from their mobile app and the smart bikes can be unlocked via QR codes. Yulu has created a cost-efficient battery-swapping network of mom-n-pop stores across its operational areas. The users can use the mobile app to find the nearest store to get the discharged IoT enabled battery replaced.

All this is possible because of the founder and CEO’s passion for clean energy and “sustainability first approach”.

In ‘The India Advantage (TIA) Summit’ held in Bengaluru last year, Amit Gupta alluded to this vision and objective.

The screengrab from the Yulu website is also an illustration of the company future outlook. In a post-COVID world, we will need to commute options that are not only private but environment friendly.

We only wish Amit Gupta and his Yulu bike team for more success and their endeavors continue to inspire and make changes to the urban transport system.

In November 2019, the company has raised USD 8 million in its Series A round, led by leading automobile manufacturer Bajaj Auto Finance. The current capacity is approximately 15k electric vehicles and the company plans to expand to a fleet of 100K across the major urban centers in India by the next few months. 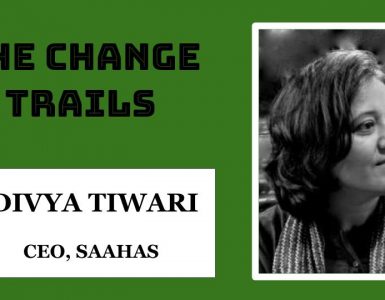 We had an interesting rendezvous with Divya Tiwari, CEO of Saahas NGO. Saahas which started in 2001 by Wilma Rodrigues to promote waste management practices, is a major enabler in keeping our cities and towns clean... 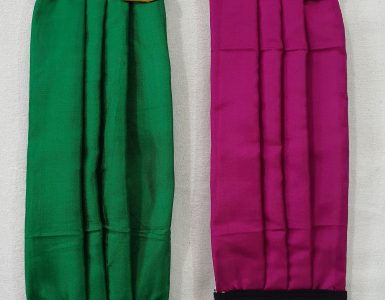 The popularity of the Khadi fabric has been significantly increasing across India in recent years after the clarion call given by the Prime Minister. In the last 5-6 years, Khadi products have become part of our daily... 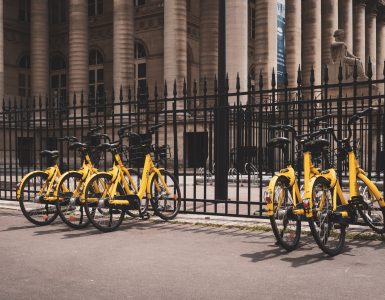