The battle against single-use plastic is not a recent one. It was during the late 1990s that the world started taking concrete steps towards reducing plastic waste. We, however, were not successful. With globalization and cheap manufacturing costs of plastic, the companies continued investing their money in manufacturing plastic. It was not long before plastic started being used everywhere and the menace spread far and wide.

Environmental laws in India were brought in as a result of the Bhopal Gas Tragedy that shook the work in 1986. While there were a couple of laws on air and water pollution prevention prior to that the law on environment protection came into picture only by 1986 called Environment Protection Act by November 1986 which states –

“…to implement the decisions aforesaid in so far as they relate to the protection and improvement of environment and the prevention of hazards to human beings, other living creatures, plants and property.”

While the Environment Protection Act is an umbrella to several other laws within the act, Plastic Waste Management Rules clause first made its appearance in 1999.

The first ban came in 1999 when carry bags of size less than 20 microns were banned in India.

The Indian Constitution has mandated the Centre and State to project the environment – air, water, wildlife, rivers and forests. To this effect there are a few laws – general and a few- specific that deal with the single-use plastic prevention –

General Articles from the Constitution –

This article talks about –

Protection and improvement of environment and safeguarding of forests and wildlife.

” State shall endeavour to protect and improve the environment and to safeguard the forests and wildlife of the country.”

This talks about the protection of the environment being one of the primary objectives and obligation of the State. As a result of this, explicit Plastic Waste Management rules were added as an amendment to the article mentioned above (explained further down this article).

This article talks about the fundamental duties of the citizens  –

(g) to protect and improve the natural environment including forests, lakes, rivers and wild life, and to have compassion for living creatures;

It is through this fundamental duty that the citizens are made responsible to not only protect but also improve the natural environment.

First formulated in 1999, this law has undergone a number of amendments to be now known as the Plastic Waste Management Rules, 2016 (with an amendment made in 2018).

Revolv has gained much momentum thanks to their idea and has garnered a lot of praise and accolades globally. 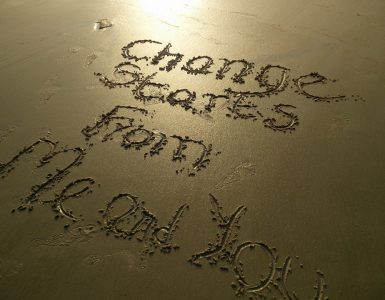 The Vicious cycle of Air Conditioners

As per a report from the International Energy Agency, number of Air Conditioners in the world would be about 5.6 billion by 2050. This is about 72% of the existing global population of 7.7 billion. The report that came...