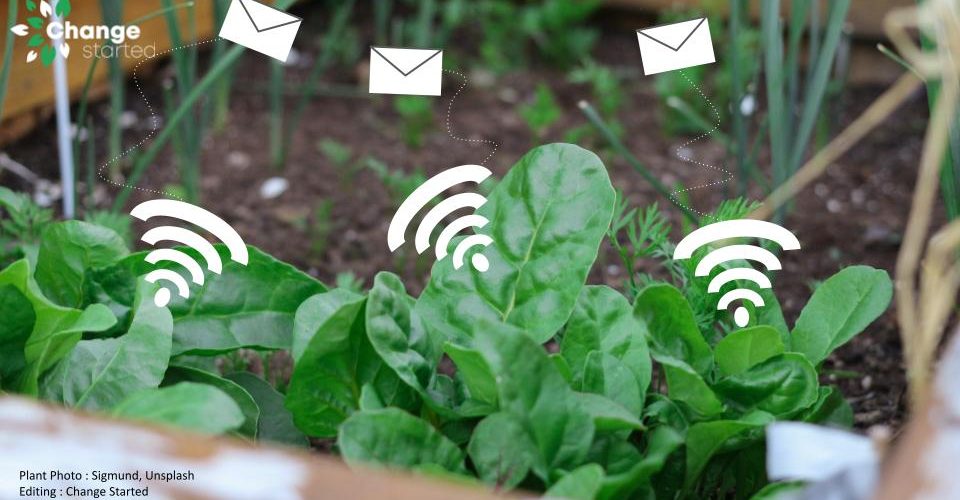 You’ve Got a mail – If you are expecting Tom Hanks and Meg Ryan to exchange anonymous emails and fell in love again (reference American rom-com movie). You are mistaken.

Here is something better, while that was a movie, scientists have engineered spinach plants to send out emails in the real world.

In a study conducted at the Massachusetts Institute of Technology (MIT), the researchers discovered a mechanism whereby plants can send out alerts.

Spinach, which was used for the research, was fitted with carbon nanotubes (tubes many times narrower than a hair). This transformed the spinach plants into a sensor that can detect chemicals in the soil and nanotubes to send a signal. This signal is then read by an infrared camera, and it triggers an email alert to the scientists.

In this research, the spinach plants were managed to detect the presence of nitroaromatics in groundwater, a compound often found in explosives like landmines.

Here is an earlier video describing the process – 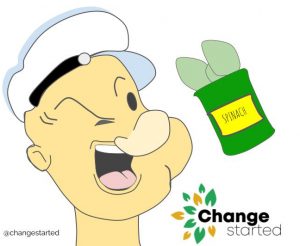 Why Spinach? Because Popeye loves them.

Jokes apart, spinach plants are abundant with nutrients and antioxidants especially iron and nitrogen, which are important elements in compounds that act as catalysts for the research to be effective.

Plant nano bionic – in the works

The research is part of a bigger program and the developing technology is known as “plant nano bionics” and is in the works for the last few years.

In another similar discovery in December 2020, MIT’s research enterprise in Singapore was able to detect levels of the highly toxic heavy metal arsenic in the underground environment.

Mining, pollution, smelting, irrigation with arsenic‐contaminated water, and the use of arsenic‐based pesticides have led to a significant arsenic increase in underground water and agricultural soils Exposure to arsenic in humans poses a serious health risk – it can cause heart attack, diabetes, birth defects, severe skin lesions, and many other ailments.

In April 2020, MIT scientists were through carbon nanotubes were able to monitor plants’ reactions to injuries, diseases, exposure to light, etc. This will help the agriculture sector to improve its crop yield.

How is this better compared with the conventional method?

The plant nano bionics method gives the ability to monitor the plants and soil in real-time.

Conclusion. Is this helpful?

As plants are extremely sensitive to their environment, this analysis could enable more discoveries of plants’ ecosystems.

If we are able to leverage human to plant communication, we can derive numerous benefits, some of which include –