160 year old Suez Canal Company has been on the forefront of water treatment, sanitation and waste management activities.

Let’s talk about Canal part of the Suez Canal

The 193.30 km (120 miles) long Suez Canal is an artificial man-made waterway located in Egypt and connects Europe (Mediterranean Sea) with Asia and Africa through the Gulf of Suez (a northern branch of the Red Sea). 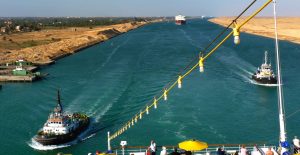 The Suez Canal is one of the most heavily used shipping routes in the world, witnessing the passage of thousands of vessels every year.

The canal, which separates Asia from the African continent, offers the shortest maritime route between Europe and the regions that share a border with the Indian Ocean and the Western Pacific Ocean.

The journey from Europe through the Mediterranean Sea and the Red Sea, transiting through the Suez Canal, cuts around 7,000 kilometers off the journey compared to the one carries out through the South Atlantic and southern Indian oceans. The estimates have mentioned that the shortcut reduces the distance by 43%.

The Suez Canal is one of the world’s most significant waterways as it supports 8% of the world’s shipping traffic. As of 2018, over 17,000 ships pass through the waterway each year, which means that almost 50 ships per day make the transit.

Mainly the cargo comprises of oil from the Arabian Gulf to Western Europe and manufactured goods and grain from Europe and North America to the Far East and southern Asia.

Total revenues are over $3 billion per year, making the Suez Canal a major revenue source for Egypt.

The Suez Crisis and Controversies

The canal was officially opened on 17 November 1869 and has been the center of umpteen controversies around its ownership.

The canal which divides Israel and Egypt has seen wars, bombs being dropped, people being killed, and many politicians losing their positions. France, the UK, the USA, the then Soviet union along with many countries has been involved around discussions and opinions.

While there are views and judgments on the Suez Crisis, we will not get into any of that, there are many articles, expensive books already published on that subject. We would rather focus on the company which constructed this canal and the cleanliness aspects of the company – that not many articles focus on.

The Company in brief

Suez Canal Company was established to build this maritime route between 1859 and 1869. Post the construction, the Paris headquartered company, is at the helm of major infrastructural development activities from the last 160 years. More specifically towards the aspects which are focused on sanitation, waste management, and cleanliness.

The Cleanliness aspects of the Company

The industrial revolution which started to kick-in from the end of the 19th century led to a large number of people migrating to big cities and towns. The new dwellings and evolving lifestyle created loads of household waste. With a lack of supporting infrastructure, the buildup of waste created health and sanitation issues.

During that time, the concept of wastewater treatment did not exist, the water which was taken from the rivers was returned back as sewage. With streets and places choked with filth, the quality of life started deteriorating.

Looking into this precarious situation across the region, gradually from the late 1800s and early 1900s, water, and wastewater infrastructure started to take shape with long-distance pipes and networks. With better systems in place, there was an immediate impact of improved health conditions and life expectancy.

With each passing year, the Suez Canal company started making inroads in creating infrastructure and systems for sanitation and cleanliness activities.

In the next few years when the population will be close to 10 billion and close to 10 million waste generated every 24 hours, there needs to be a new and more effective solution to tackle this global menace. Suez Canal company played a major role in the overall progress and welfare of society.

In conclusion, Suez Canal’s importance is not just in connecting water bodies and facilitating trade, but the Suez Canal company which build it played a crucial role in waste management, sanitation, environment, and cleanliness. 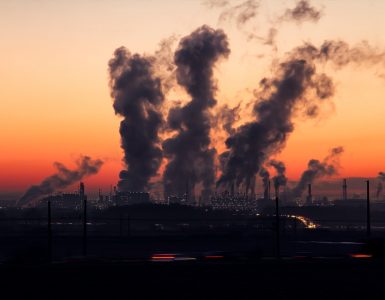