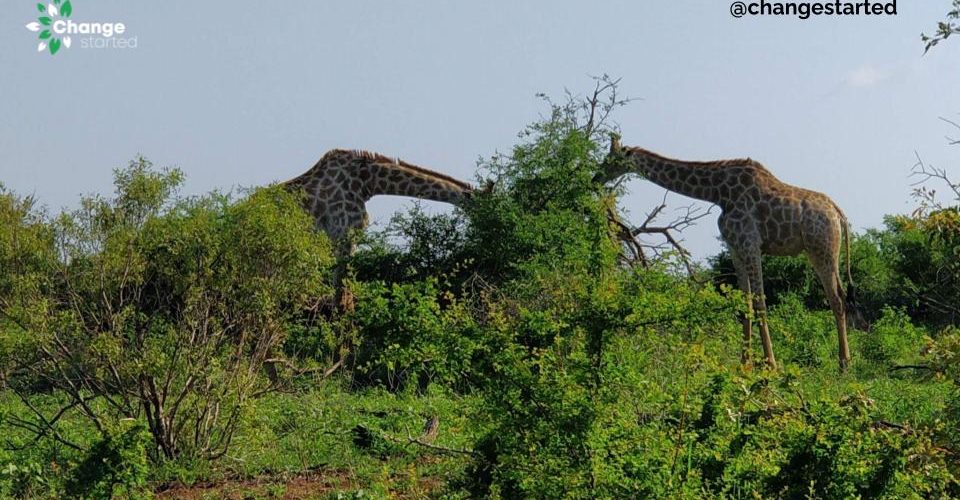 You have one more reason to remember Earth’s longest day. June 21st is also celebrated for the tallest animal on Earth as World Giraffe Day.

If the phrase “Tall, dark, and handsome” can be referred to an appealing man. The giraffe can be easily called “Tall, spotted, and handsome”. This gentle and docile creature is one more wonderful creation of mother nature and an important part of our biodiversity.

Let us know a little more about giraffes.

Giraffes are found only in the open grasslands and woodlands of the sub-Saharan African region. As they are extremely social, they like to live in herds and graze their favorite trees.

One of the most striking features of the animal is their height, standing between 15 to 20 feet, Giraffes are the world’s tallest living land animals.

What makes them so tall? Their legs and neck can both reach over six feet – taller than most humans. Therefore legs and neck make up most of the body. Adult males (called bulls) can grow to around 20 feet and are taller than female giraffes (called cows).

The most distinguishing feature of a Giraffe is its long neck. Interestingly, a giraffe’s neck has 7 vertebrae same as the human neck, the difference being that each vertebra of the Giraffe can measure up to 8-10 inches long.

The long neck gives them the ability to pluck their favorite food i.e. leaves of the Acacia tree and also spot any potential danger from herbivores.

A male giraffe can sometimes use their long neck to establish their dominance by swinging its neck to hit the other giraffes.

Their legs and neck are not the only things that are long, their tongues can be up to 1.5 to 2 feet long and they have the biggest eyes among terrestrial mammals.

Their big eyes give them a peripheral vision to spot potential dangers from behind as well. While their long and strong tongue allows the giraffe to selectively pluck leaves from the thorny trees.

Giraffe spots are more than camouflage, like a human fingerprint, each giraffe has spots that are completely unique to them, and each spot act as a body heat regulator.

Around each spot, there is a large blood vessel that branches off into smaller vessels underneath the spot. A giraffe can send blood through these smaller blood vessels in order to release heat from the body.

Giraffes are completely vegan feeding on leaves, flowers, and fruits from trees and taller bushes.

Giraffes have a peculiar way to drink water, due to their tall body structure, they have to spread their forelegs and slightly bend their knees to lower their neck to reach the surface of the water. Thankfully, they do not have to make this awkward posture very often, Giraffes only need to drink once every several days. They get most of the water requirements from their food and dew on the plants.

Females are ready to mate from four years old and have a gestation period of 12 to 15 months. Female giraffes give birth standing up, so calves have to endure a drop of 5 feet to the ground.

The baby giraffes are about 6 feet tall and can weigh around 100kg. The height is good enough for these tall babies to reach their mothers for sucking milk. They are dependent on their mother’s milk for the first 9-12 months of life but they also start feeding on leaves from 4 months old.

Why Giraffes are Important

By eating the upper regions of trees, bushes, and shrubs, they help maintain the flora and fauna of the region.

Giraffes are pollinators, not as effective as bees, but in a limited capacity, they go from one tree to another eating their fruits and seeds. It is observed that some Acaia trees germinate only when the seeds are passed through the giraffe’s digestive system.

Their long necks can spot approaching predators from a fair distance and their reaction warns the other smaller animals to move to safety.

Giraffes are important for biodiversity and keeping ecosystems in balance.

Giraffes are listed as endangered

As the human population continues to rise, needing more land for their homes, the forests are dwindling and trees are getting cut. This means trees-dependent Giraffe are unable to find the quantity of food that they require. In addition, wildfires and livestock incursions are also not helping their cause.

Giraffes’ large bodies provide a lot of meat for humans, making them susceptible to illegal hunting.

In the last 30-40 years, as per estimates, 40% of the giraffe population has dropped. As per another report, there are seven African countries where Giraffes are now extinct.

There are several subspecies of Giraffe that are critically endangered according to the IUCN.

Other Interesting Facts about Giraffes

As of 2020, there is only one surviving white giraffe in the world. This male giraffe can be found in Kenya and the white color is attributed to a rare genetic trait called leucism.

The giraffe was fitted with a GPS tracker to protect it from poachers.

Latest discovery: Rhinoceros that can be taller than Giraffe

In a recent discovery, Scientists have found fossil evidence of a new species of giant rhinoceros, that lived 26.5 million years ago in the Tibetan Plateau region.

The identified species could reach 23 ft (7m) to graze treetops, making the new species taller than a giraffe.

If we don’t do enough, the chances of our giraffe getting extinct is also very much possible.

What can you do to protect the Giraffe?

Here is a recap video to understand why Giraffes are important for our biodiversity and for keeping our ecosystem in balance.

World Giraffe Day is celebrated on 21st June to raise awareness about our tall, spotted, and handsome friends. 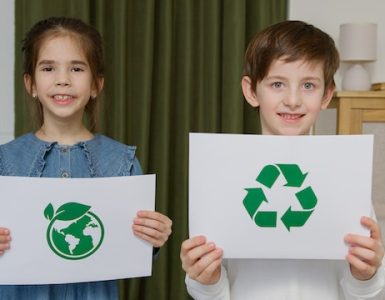