I still remember one of the vacations I had as a kid was a trip to the holy land of Haridwar and the highlight of that trip was my first cable car ride.

One of the popular places to visit in Haridwar is the Mansa Devi Temple, situated on top of the Bilwa Parvat on the Sivalik Hills. Either a tourist could take a fairly steep walk to get there or take a comfortable cable car ride. We opted for the latter, the 5 minutes ride (don’t exactly remember the time) – was remarkable. Suspended in the air and getting to view sights below was splendid and filled with excitement.

If you have visited any mountainous tourist destinations, chances are that you must have also taken one of these cable cars and would resonate with the exhilarating feeling of being hanging in the air.

The majority of these cable cars are attached to electric-powered steel cables that can move the car from one point to another at an average speed of 10 to 20km/h.

Cable Cars As a Public Transport

The common purpose of most of these cable car rides is to transport their occupants in mountainous terrain.

However, in the last few years, these aerial cars are also being used as an alternative to the conventional public transport system i.e. buses, trains, etc. in places that are not so hilly.

Many of the Latin American cities were the early adopters of cable cars, Medellin in Columbia became the first place in the world to use cable cars as a public transport system.

The trend of using cable cars as public transport system quickly spread to other cities of the world like London, Yeosu, Hong Kong.

World Bank did research where they looked at 25 projects in 14 cities – the findings were that urban cable cars have an average route length of 2 – 7 km and a typical operating capacity of 1,000-2,000 passengers per hour per direction.

Varanasi will become the first city in India to implement cable cars as a public transport system.

Varanasi is a major religious center of India, believed to be in existence for several thousand years on the banks of the holy river Ganga.

Apart from the religious significance, the city is a buzzing hub of economic activities, with over 1.5 million population, the majority of whom are in the manufacturing, trade, and weaving industry.

Tourism is another major industry, about 6 million domestic tourists and about a million foreign tourists visit the temple town every year.

With such a massive congregation of humans at one place, there is a big need for a modern and effective mode of transport. The ropeway service in Varanasi has been selected over the metro rail services, keeping in view the ground realities of the temple town.

As per the initial plan 4 stations will come up between Cantonment & Godowlia areas in the city. More than 200 cable cars with a capacity of 10 persons each will run at 90 seconds intervals. The project will be implemented in a public-private partnership and is estimated to cost Rs. 400 Cr (~$50 mn).

Imagine if one could travel around the banks of the river on a cable car – soaking in the atmosphere, the tranquility, saints, and priests meditating, kids diving and playing in the holy waters.

Cable Cars in Varanasi would indeed be an experience worth cherishing.

Advantage of having Cable Cars as Public Transport

Cable cars can never be a replacement for the conventional modes of transport, but they can definitely offer a complimentary energy-efficient solution.

Cable Cars in Varanasi would add a new charm to the temple town. 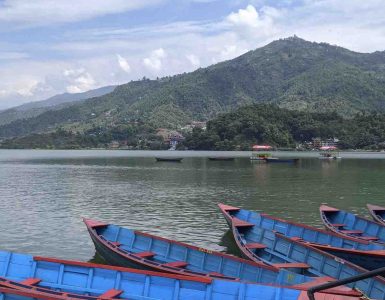 If you speak about Nepal, a couple of things immediately pop up, Mt. Everest and the country’s capital Kathmandu. No doubt, witnessing Mt. Everest, the world’s tallest mountain is on everyone’s travel... 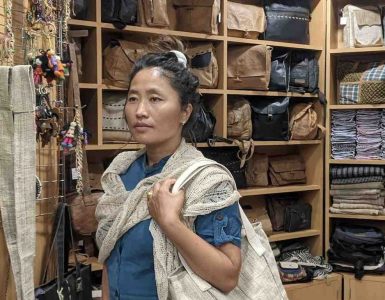 If you ever visit Pokhra, Nepal’s second-largest city and famous for the Annapurna mountains, chances are that you would invariably stroll down its bustling market near Phewa Lake to either pick a souvenir or...