What is the Importance of Rainforests

Rainforest is a portmanteau of two words – Rain and Forests. They are essentially forests that are characterized by continuous rainfalls, an enclosed canopy of trees, and rich diversity of species. 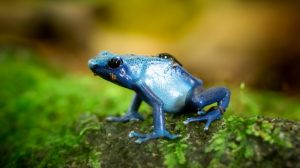 The rainforests have evolved over millions of years with many thousands of plants and species living in harmony with nature. The exact number of species in the rainforest is still unknown, with new discoveries every few weeks, it is hard to put a number. Though studies have indicated about 40000 plant species and more than 15000 types of trees are present in Amazon rainforests. Rainforests also hold around 50 percent of all terrestrial biodiversity found on Earth.

As we all know, trees in the forests have the capacity to remove large amounts of carbon dioxide emissions from the atmosphere due to the process of photosynthesis. But only a few of us know the contribution which rainforests can do, here are four major reasons to recognize the importance of rainforests.

Lungs of Planet– Rainforests, cover about 5% of the earth’s surface but have the capacity to absorb far higher levels of carbon dioxide from the atmosphere, compared to any other kinds of forests.

Jewels of the Earth – The rainforests also provide accommodation to the largest number of plants and animal species. Some studies have said, 50% of the world’s plant and animal species reside in these forests.

World’s largest Pharmacy – One of the lesser-known facts is the contribution they make to medicines, beauty products, and food. 25% of all western medicine comes from the ingredients found in the rainforests.

Food bowl – The importance of rainforests is also felt at our dinner table. Humanity depends on rainforests for the variety of food it provides, from coffee to spices, from vegetables to fruits, the resources from our rainforests are needed for our survival.

Rainforests are under severe stress

Unfortunately, increasing urbanization, growing population, and insatiable human desires are putting a lot of stress on these rainforests. Trees in the forests are cleared by chainsaws & bulldozers for human expansion, wood use, agriculture, and raising animals.

Massive deforestation is creating havoc on the ecosystem contributing to droughts, forest fires, and even large-scale criminal activities. There are reports that land mafias and large corporations have ordered the killings of local people who have raised their voices to protect the forests. If deforestation continues at such a fanatic pace, the survival of a large variety of species is doomed.

Wrapping Up – What can we do to Protect Rainforests?

Here are a few steps to protect the rainforest, which we can incorporate into our routine and lifestyle.

Thousands of hectares of Amazon rainforest land are brought down not only for its wood but for animal agriculture. Hundred more hectares are used for planting soybean, to feed the cattle.

In addition, the animals involved in dairy and meat i.e. cows and bulls emit strong methane gas into the atmosphere – methane is substantially more potent than carbon dioxide, thus harming the environment even more.

The beef and food grains from the Latin American countries are exported to many other regions in South America and the USA.

Palm oil is one of the most popular vegetable oil with more than one-third of global consumption. It is used as cooking oil and also as an ingredient for a variety of other uses – bread, lipstick, shampoos, soaps, cookies, and even bio-duel. Most of the Palm oil comes from the trees that are grown in deforested rainforests located in Africa, Indonesia, and Malaysia.

The massive consumption of palm oil is leading to the displacement of local people, the killing of endangered species, and deforestation. Orangutan, Borneo elephant, and Sumatran tiger are a few animals that are being pushed on the verge of extinction.

Immediate stopping of palm oil and its products might not happen, hence incremental changes would be a way to go. Using sunflower, flaxseed, or olive oil for cooking purposes, checking for the product packaging for the ingredients, etc can be incorporated into our daily lifestyle.

Studies have estimated 40000 plant species and more than 15000 trees in Amazon rainforests. Not everything can be brought to the home, but there are few rainforest plants for home use that can be planted in small pots & cups.Jade plants, Ferns, and Syngonium are a few of them, that are relatively easy plants to grow and nurture in your home, balconies, or gardens.

The more the people become aware and acknowledge the seriousness of the problem, the greater will be the impact. We need leaders and decision-makers to take large-scale policy decisions. That can only happen when people participate, speak to their respective policymakers, and implement measures for a productive ecosystem.

Every year, June 22nd is celebrated as World Rainforest Day to recognize the importance of the rainforests and to create awareness of the need to conserve, protect & grow them exponentially. The day was first observed in 2017 by a non-profit organization called Rainforest Partnership which works towards conserving rainforests through sensitization and collaboration.