The attributes of food we normally associate are taste, smell, texture, colors, etc. Have you ever imagined the same food can also be associated with greenhouse gases, excessive land & water usage, etc?

Yes, it is a sad reality that Food also brings in a fair share of climate repercussions more specifically the non-vegetarian diet.

Researchers claim that animal agriculture causes more damage to the environment than the entire transportation sector. The land needed for livestock, the water consumed by animals, the deforestation caused to grow animal food, the methane gases produced by animals – are a few causes of climate change due to animal agriculture.

What is the solution? Cut off all the non-vegetarian intake? Sacrifice on the taste and nutrition.?

No, we don’t have anything to do with that, technology and human ingenuity have created plant-based meat. This ensures that we can have the same taste, texture, colors of real meat.

If you are in Kolkata and want to explore delectable Bengali fish-based cuisine or any other Indian & continental meat-based delicacies, without any climate impact. Check out, Ubuntu community cafe, Kolkata’s first all-vegan cafe.

Located inside a lane opposite South City Mall, Kolkata’s Ubuntu community cafe brings sustainable food and plant-based meat to your plates. Offering one of the favorite dishes of Bengalis kosha mangsho made with no mutton. The popular street food fish fry, which is made with “fysh” or grilled shrimps, but made with “shrymp”.

We got a chance to interact with the cofounder of Ubuntu, Abhinav Bajpai. In the interaction, Abhinav gives interesting insights on the problems with animal agriculture, his personal transition, the sustainability aspects of Ubuntu Cafe, and the fascinating story about Ubuntu.

Here is an edited version/excerpts of our conversation with Abhinav Bajpai about the Ubuntu Community Cafe, climate change around animal agriculture, the cafe concept, and plans thus far. For the full discussion please watch the video.

You have an interesting name for the cafe. What is the story of Ubuntu?

This story was introduced to me on social media. It comes from an African tribe that is known to be always happy. One curious person decided to visit the tribe and demonstrate to the world whether it is real or it is not.

The moment he reaches the tribe a bunch of children welcomed him by giving him small gifts like sweets, flowers, etc. This came as surprise for him because generally, children are taught is to avoid strangers, but in this place, they seem to already know him. He just remembers that being the elder, he is supposed to give something to the children.

He takes out some candies from his bag, which were fewer compared to the number of children. So, he decides to play a game with the children and whoever wins will get the candies.

He keeps the box of candy under the tree at some distance away, he asks the children to run at the count of 3 and the fastest runner will win the candies. 1, 2, and 3. Nobody runs.

In fact, all the children hold their hands together and walk to the tree, sit down in a circle, and open the box of candies. They discover that there is a fewer number of candies, so they divide in a fashion that everybody gets an equal share. After finishing the candies, they rejoice by saying “everybody won”

Again he was surprised, generally, children in most parts of the world will fight, especially for candies. At that moment, the parents arrived and even they cheered for their children for having won the candies.

Unable to control his curiosity, he asked them what is the reason for this happiness. For which they revealed it is because of Ubuntu.

Ubuntu – I am because we are. That means, whatever comes in our tribe, whether it is happiness or sorrow, food or water – we divide it equally and that’s the reason for our happiness

When I heard this story, it changed my perception of the world. In our culture and society, we are told about so many divisions. This story kind of broke the wall of divisions for me and I started seeing everyone as equal. That’s how the idea of this cafe came to the fore.

Why don’t you start with your journey?

I shortly realized that personally, I am not an environmentalist, there are so many habits in me that are destructive to nature. I then realized that I can’t represent an organization unless I work on myself.

The first habit which I got was being a minimalist, which means need not greed. Whenever I feel there is a need for something then only I will go ahead and purchase.

The second habit was taking cycling, and to date, the cycle has become my chariot. For any distance around 10 kilometers, I use my cycle.

The third habit was veganism.

In 2015, I watched a YouTube video and it showed an interesting perspective about the food of which we are not aware. We see the food only when it comes on our plates, which is only 1% of the story, 99% of the story of that food is beyond that.

Food is a very powerful medium to create a positive or negative impact on the world. We take 10 minutes to eat, but it takes years of energy for that food to come. This was a big revelation for me, we talk about plastic and other issues, but environmental factors around food is at another level.

As I went deeper into the details, I watched a few documentaries on Netflix, my favorite one is Cowspiracy. The movie was so powerful that it was denied funding and was not allowed to be released on any platform. Later Leonardo Dicaprio, who works extensively for the environment came forward and helped the movie to be released on Netflix. Other documentaries that talk on the same subject are “Forks over Knives”, “What The Health” and “Game Changer”.

After that, I took some time to reflect and process that information within myself. From that time onwards (July 2015), I have not stopped speaking about this topic.

Can you elaborate a little more on the connection between Animal agriculture and Climate Change?

Animal agriculture 1. produces a large number of greenhouse gases 2. it requires a large land area and 3. needs a huge amount of water.

Let’s take the example of Chicken, which is widely eaten in India. The average age of chicken which we eat is about 45 days when it is brought to our plates.

It is a baby that is made into a balloon by feeding a high protein-rich diet, antibiotics, and steroids. This is done to make it gain weight in the fastest possible time. The health condition of the chicken is made so miserable, that if it is not cooked it can die in about 3 months.

The idea of the industry is to sell it before those 3 months and if the retail consumer does not buy, it is sold at a discounted price to the restaurants.

Same 8 kgs of grain that can be eaten by 40-50 people, but a chicken as a food item can be consumed by just 2-3 people. If we extrapolate the figures to the total consumption of chicken and other bigger animals like goats, pigs, cows – the numbers are phenomenal.

Animal agriculture constitutes 2 parts – one which is for human consumption and another which is needed for feeding those animals. While people may talk about the former, the latter problem is ignored, which is a huge problem.

Then there is a large amount of water which is given to the animals. On one hand, the country is facing water shortages at so many places and on the other hand, so much water is given to animals.

As per some estimates, the greenhouse gases produced by animal agriculture are more than in the transport sector.

Why did you decide to open a Vegan Cafe in Kolkata?

When I came to Kolkata, the realization came that people from Bengal are mostly against veganism. Meat & dairy consumption is considered as pride and Bengali culture identity. That was a problem.

At most other Indian cities if you look, at least there are a few vegan eating places, but Kolkata had 0. I decided that I will change the score to 1. Though I did not have any knowledge about cooking but looking at the city, I decided to do it.

For that, I left my favorite job at Greenpeace in December 2018.

Then I decided to learn the art of the business by doing odd jobs in the food industry. I worked for 5-6 months in the cafe learning the basics of the industry.

Tell us more about your Ubuntu community cafe

The Ubuntu community cafe is designed around sustainability.

All the furniture which we have in the cafe comes from industrial waste, like sitting is made from car seats which were thrown as waste.

The interior decorations are all sustainable like we have converted an old refrigerator into a books library.

Food is all vegan, but it is unfriendly to vegans and vegetarians but friendly to non-vegans. 80% of our food menu consists of nonvegetarian names, the food which is made from plant-based meat. We have plant-based fish fry but it gives the same taste and texture as real fish.

We have given a twist to all the non-vegetarian names, like un-mutton, pourk, fysh, mylk etc. Idea is to give food eaters the same level of taste and satisfaction while enjoying their traditional dishes.

Our packaging is completely plastic-free and eco-friendly.

We do not have an air-conditioner because we do not want people to believe that they can control the air. Let people feel the reality of the weather and not be cut off from the hard facts.

What are your future plans?

To save the world. That is the larger goal.

How to achieve that goal, I have been involved in activism, now it is Ubuntu community cafe. I like to go with the current time, right now I feel the world needs to transition from an animal-based diet to vegan consumption. I am supporting that transition.

I need more Ubuntu’s, not just in one place. We are planning about takeaways, cloud kitchens, and take them to other parts of India.

At a personal level, I keep working with environmental groups to help in creating awareness and finding solutions to live a sustainable lifestyle. 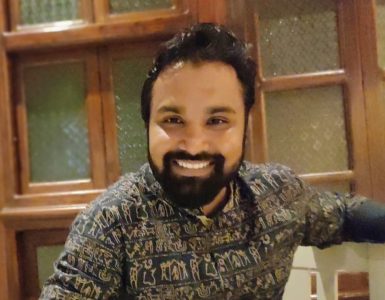 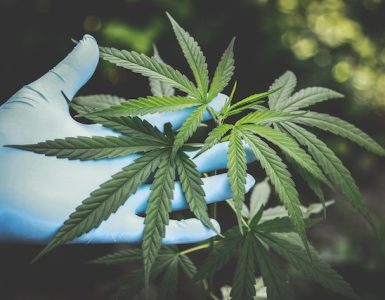